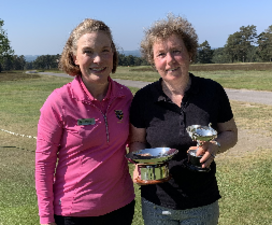 Congratulations to Essex who survived a nervy final day at Stoneham GC to emerge as winners of the English Women’s County Finals with an impressive 100% record.

Victory over Somerset in the final match of the six-team round robin series earned the East region champions their fourth title success in the event’s 69-year history and their first triumph since 2012. Wins against Buckinghamshire and Kent on day one were followed by more joy against Cheshire and Nottinghamshire for a young squad skippered by non-playing captain Amanda Colgate-Herbert. That teed up the final day drama against Somerset – with the team showing great character as well as skill to get over the line.

South Region Champions Kent faced an uphill battle all week with several of their strongest players having returned to university in the US.  See the full results table here